"I had an excellent experience with Attiq, I always shop around to find the best person for the job, and I’m glad I did because I was very impressed by his quick response time and fast workrate, affordable cost, punctuality, and overall workmanship. Being able to trust a tradesman is the most important factor to me and I’m very satisfied with the job attiq did - I would without a doubt recommend Smartways to anyone."

"I was out with my partner on a weekend and returned home to a flooded flat. I quickly discovered that a pipe had burst and thankfully I managed to stop and further water coming out but I was in desperate need of an emergercy plumber to prevent future leakage or bursts. After struggling to find an emergency plumber who would come out and help me on such short notice and on a weekend, i was finally recommended attiq by a former colleague, and he offered me immediate support. Attiq came and replaced the pipe with no hassle. He’s professional, friendly, and efficient- will always get teh job done quickly without rushing. Has alwasy been very helpful, and is happy to offer advice over the phone whenever i’ve needed it. I recommend his services to all of my family and friends."

"I was having problems with my central heating and a friend put me in touch with Attiq. I was pleased to receive an instant response on the very same day I reached out. Attiq provided me with clean and reliable service and he got the problem under control very quickly, all for a very reasonable cost. I definitely recommend smartways." 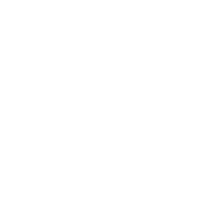 "Found Smartways online and spoke to them explaining that my disabled son's electric shower in his wet room had broke down and needed an immediate replacement. They said they were fully booked but because of our predicament they would come at the end of the day. The team worked through the evening and completed the job to which we're so grateful. They were very efficient, clean and tidy work and very affable. Would have no problem recommending them. Thanks again Attiq and his team."

"I had just had a smart meter installed, and soon after that I was told by British Gas that I had to have my gas switched off immediately due to a problem on my end, needless to say I was in a dire situation. I contacted Attiq and within half an hour he had ordered me the new special parts required for the job. The parts were avaialable the next day and Attiq and his colleague arrived bang on 10am and they started work immediately. Smartways are reliable, they understood that my position had me under a lot of pressure and they didn't take advantage or try to milk me. They were resonable, reliable, and affordable."

"I found Smartways from an online directory and decided to go with them because Attiq gave me a positive initial response and he demonstrated remarkable knowledge in his trade. I needed my central heating changed from a storage boiler to a combi system and needed radiator replacements throughout. The competitive prices, willingness to negoatiate, and excellent punctuality left me highly satisfied with the high stadard of work. I'd definitely use smartways again and I recommend them too!"

Designed and Built by Harry Menen